My family just received the first batch of vegetables from this season's CSA. It seems like there's always Swiss Chard in those packages, and last year we barely used any of it! What a waste! I just don't have much experience cooking it or even seeing it in restaurants, but I know it can be used much like spinach. With that in mind, I thought I'd try to make a quiche with it.

This recipe is a more or less "healthy" version of quiche, a traditionally heavy and calorie laden dish. First of all, it's crustless. Second of all, it uses half and half instead of heavy cream. Lastly, the volume of cream and egg mixture that often becomes the primary component of quiche is reduced, and the vegetables take center stage. If you prefer to add more cheese, go for it! Same goes for a crust (but it really doesn't need one)! 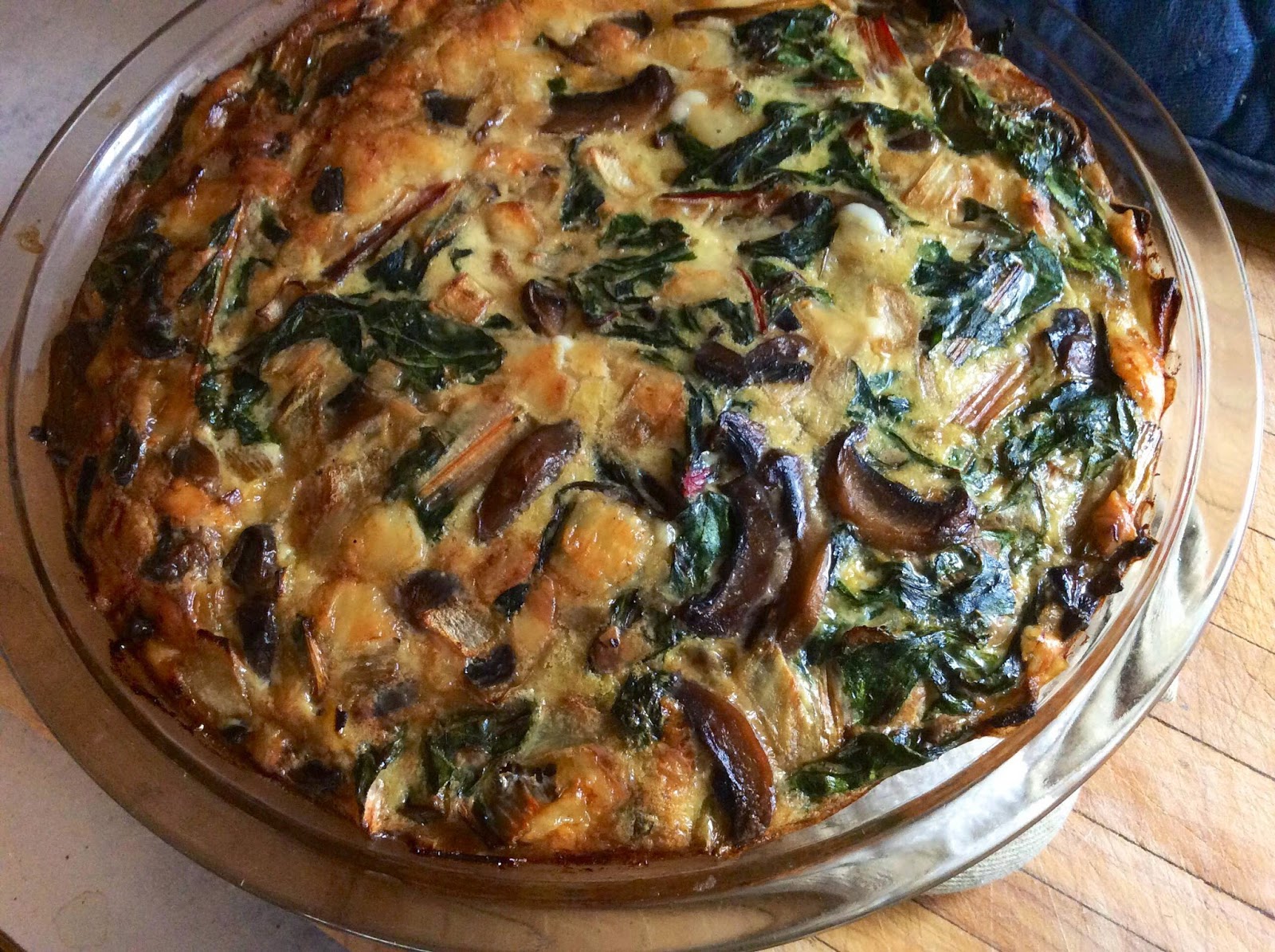 1. Wash, dry, and coarsely chop the swiss chard, then sauté in a large saucepan over medium heat in 1tbsp. olive oil, stirring frequently. After about 5 minutes, it will be totally wilted; remove from pan and set aside in a bowl. 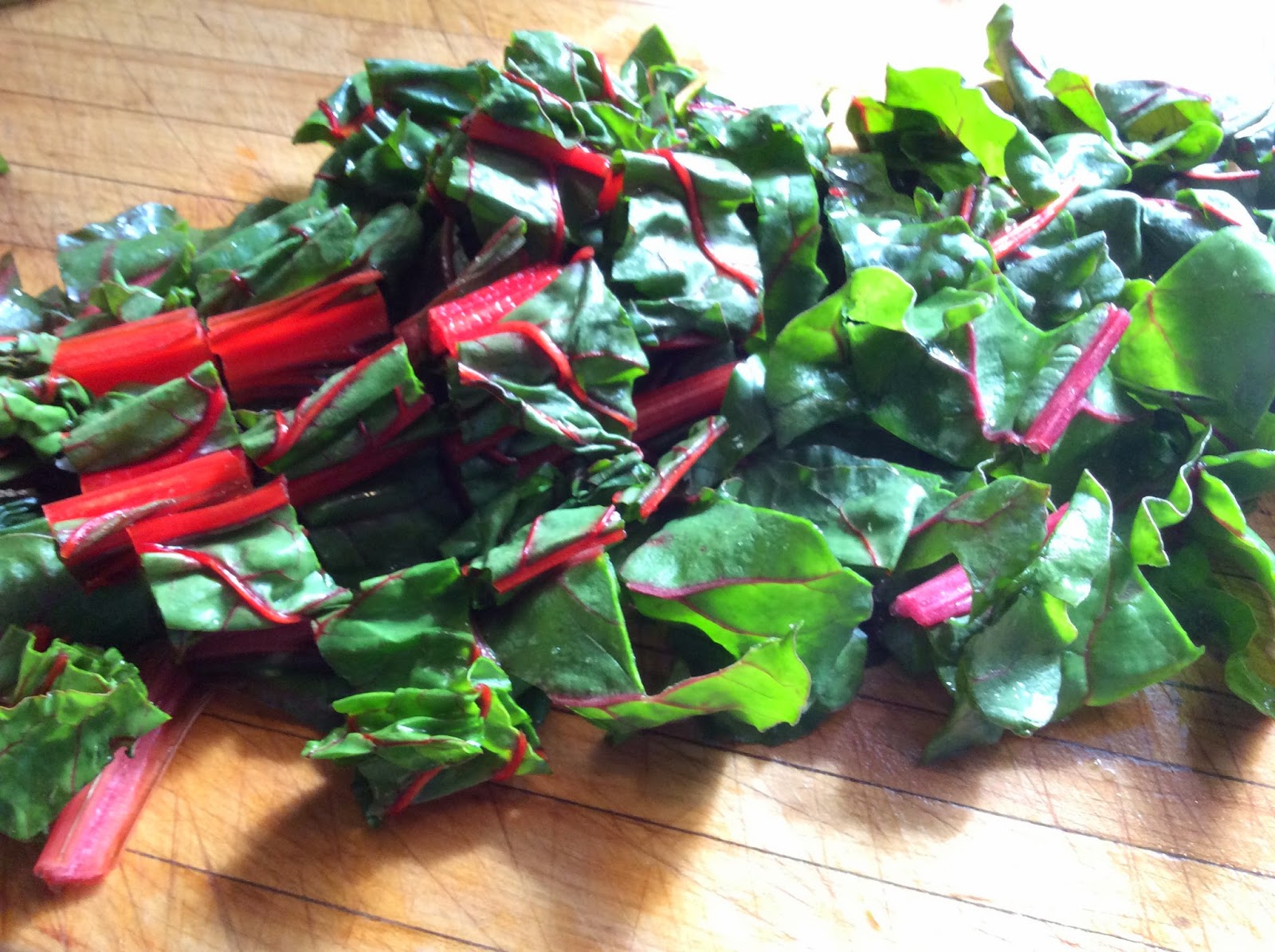 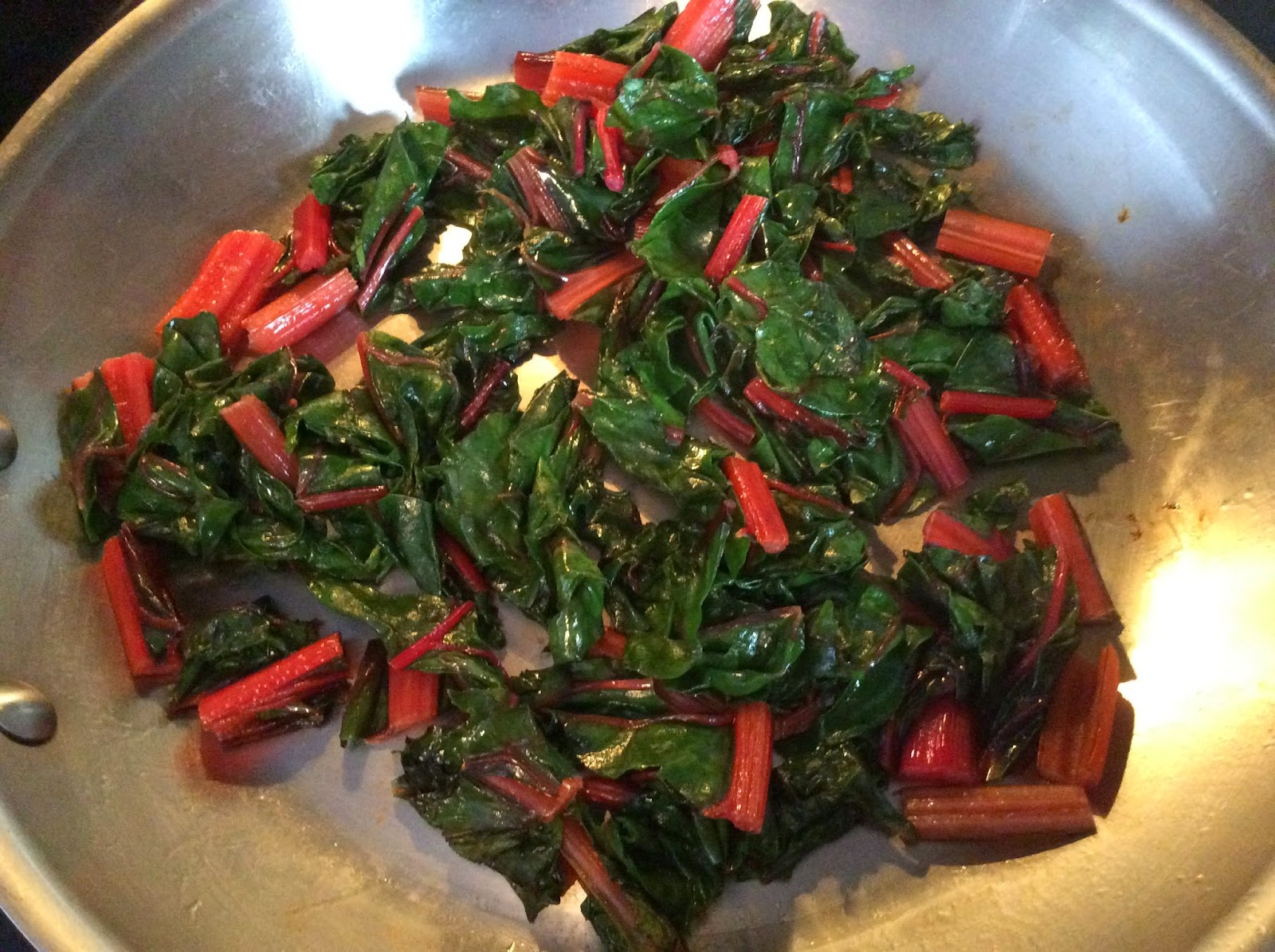 2. Melt the butter in the pan, and cook mushrooms until they release their liquid. Let the liquid cook off; about 5 minutes. Add the mushrooms to the chard and onion. 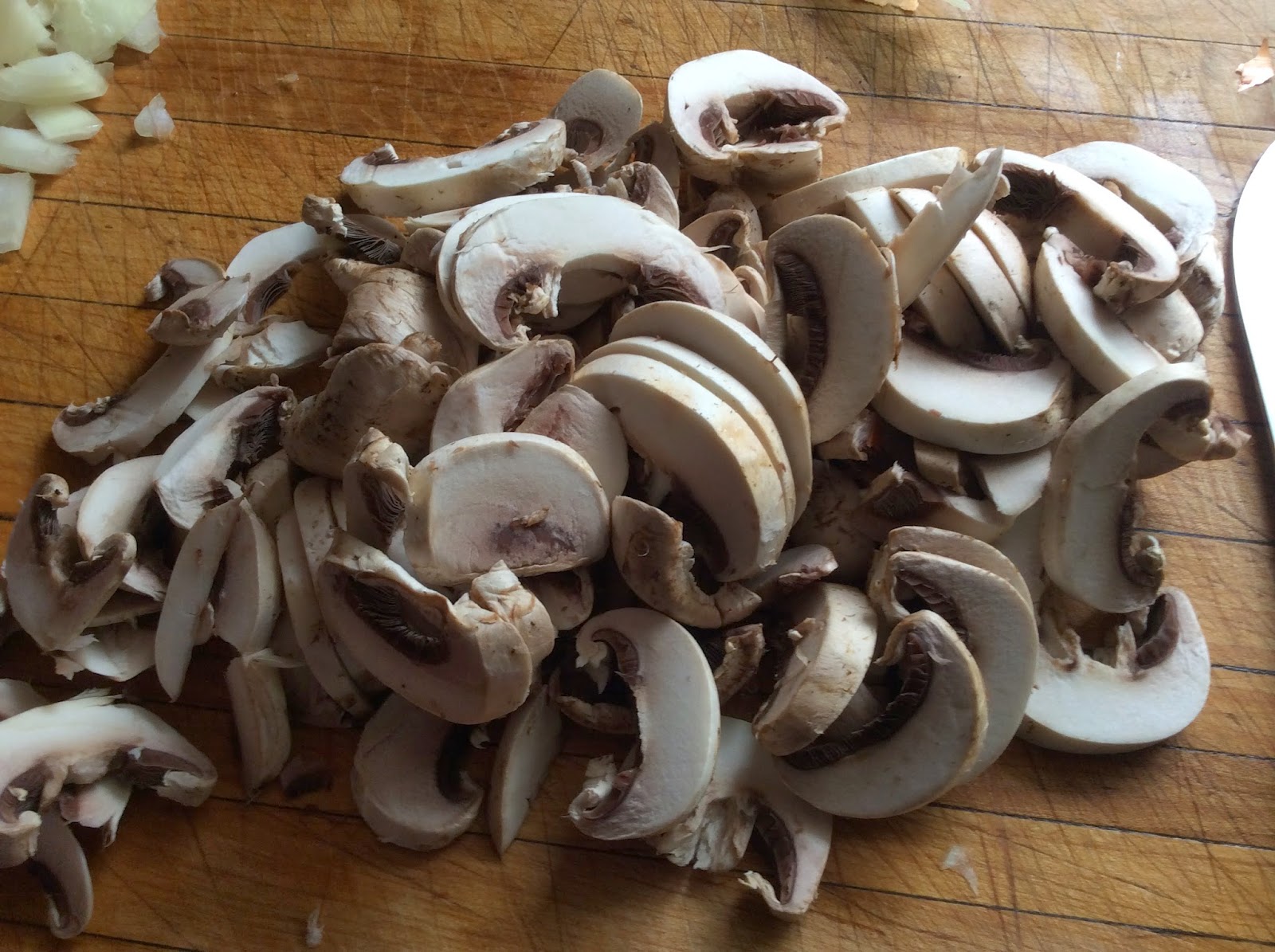 3. Add 1 tbsp. olive oil to the pan, and sauté the onions over medium high heat until they start to soften and caramelize. (I also added some Harvey's Sherry...but that's not a necessary step) Remove the onions from pan and add to swiss chard. 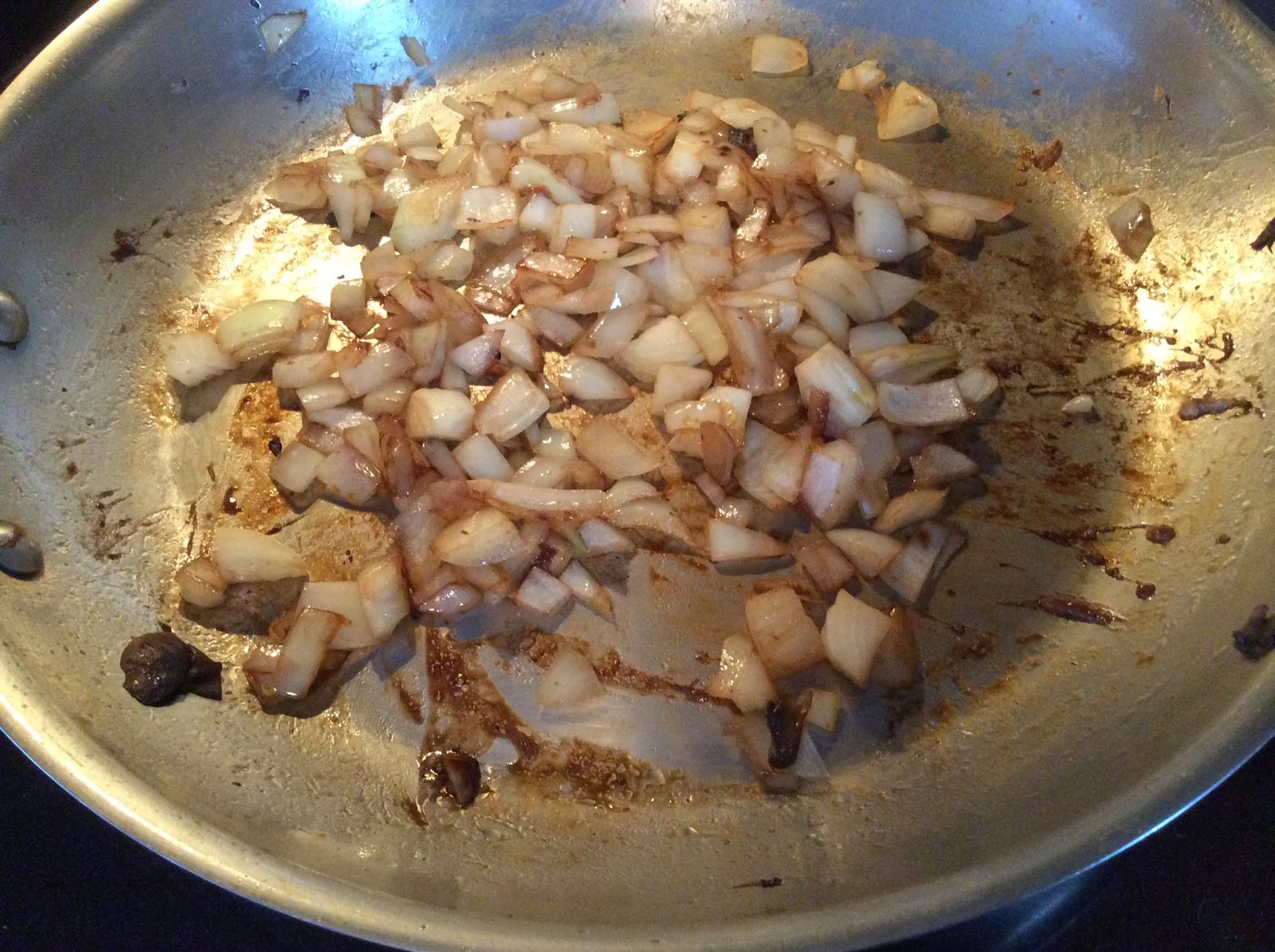 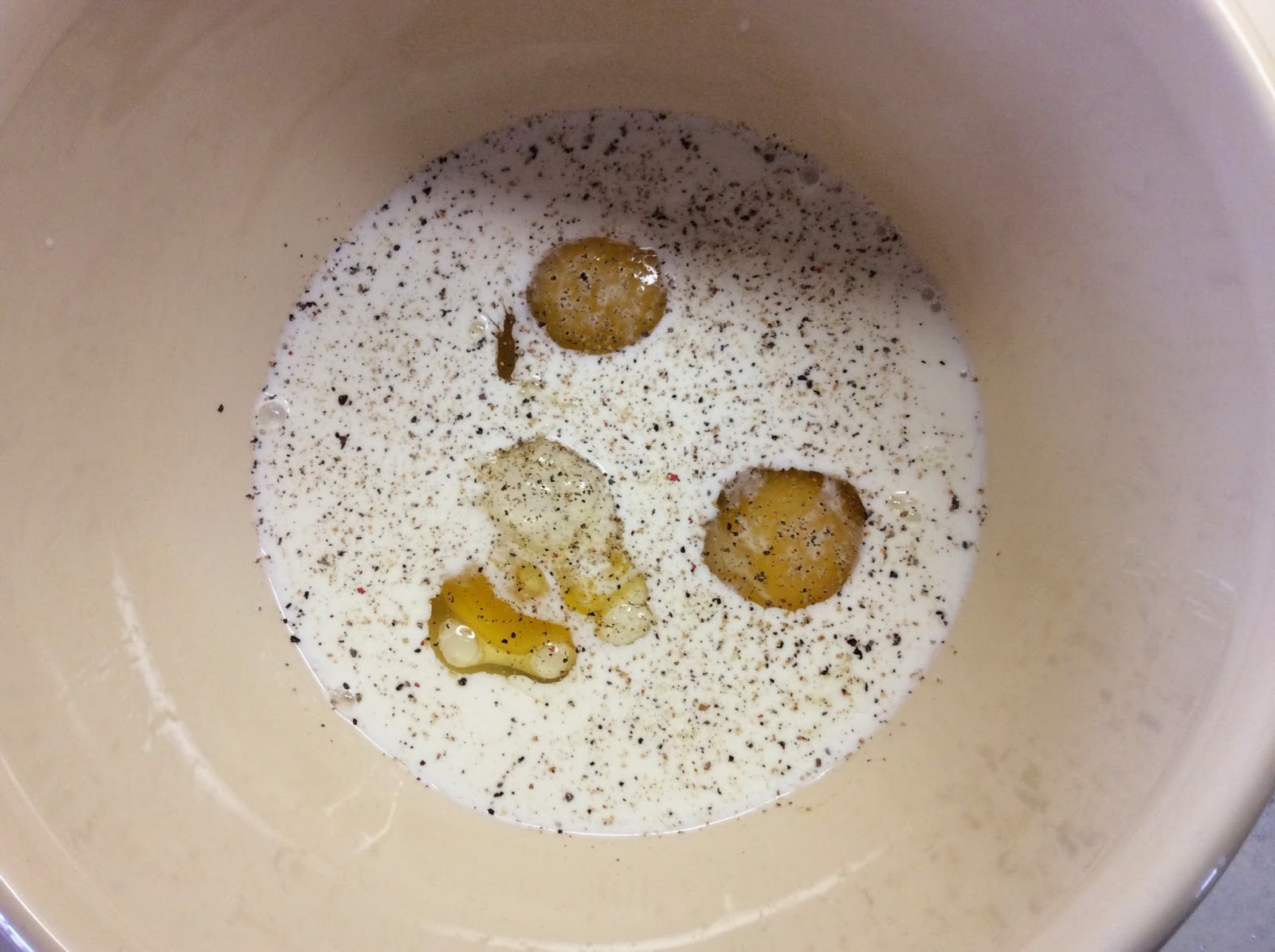 5. Stir together the chard, onion, and mushroom mixture, then add it to the egg and cream mixture. Stir to combine.
6. Pour the mix into a 9 inch glass pie pan and bake for 30-40 minutes. 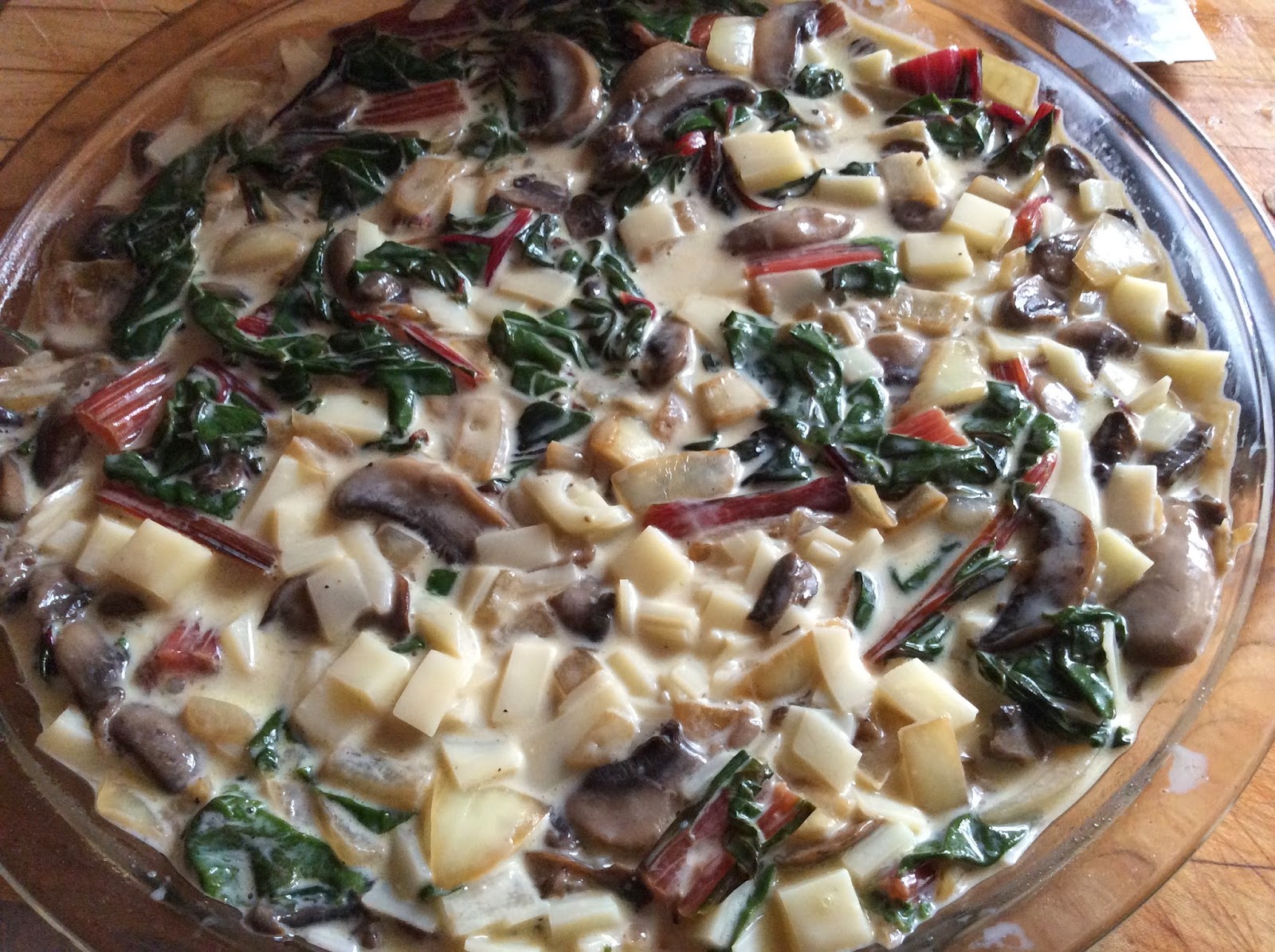 Your recipe sounds tasty. Took notes to make sure I get some stuff at the store tomorrow, but noticed no baking temperature. I will guess 325?