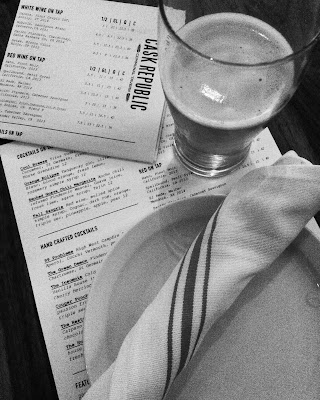 Cask Republic, a beer lover's haven with 2 locations in Connecticut, recently opened a 3rd in South Norwalk. Previously The Gingerman, the space has been revamped with a more open floor-plan and a mix of regular tables, communal tables, and a private wine vault in the back that accommodates 4 diners.

Cask Republic retains The Gingerman's impressive selection of beers, and though they have reduced the number of taps from 42 to 37, it's for an exciting reason: they now also offer 10 wines on tap, 4 cocktails, and nitro coffee. Personally, I think 37 taps of beer is more than sufficient! 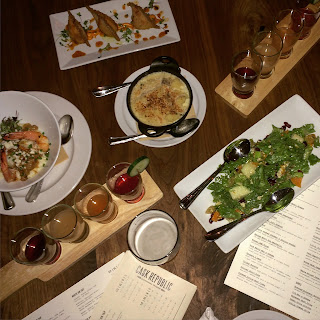 First, spiced lamb empanadas, pork belly mac and cheese, harvest salad, shrimp and grits, braised short ribs, and bacon popcorn from their "Small Plates" menu. The two standouts were the shrimp and grits, which were topped with perfectly cooked shrimp (I'd happily eat a plate of them solo or add to a salad), and the braised short ribs. Topped with a soft cooked egg and accompanied by grilled crusty bread, this dish got gobbled up immediately. Order two; you won't want to share! 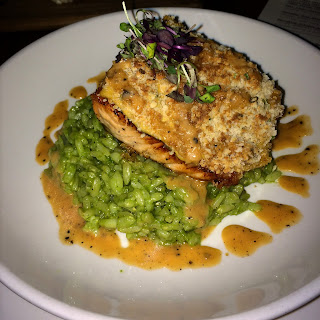 The salmon was flaky and tender, and the tangy mustard crunch of the crust was a delicious counterpoint. I'm not a fan of risotto, but I'd love this served over the brussels spouts that accompanied the chicken. 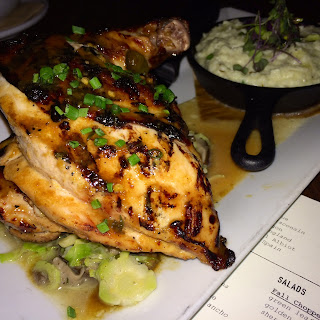 Speaking of the chicken...WOW. Who would think that chicken would be a star? Cask Republic's was juicy, perfectly charred, and wonderfully accented by the IPA marinade. I highly recommend it. 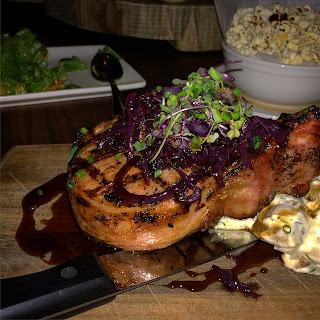 Rounding out the meal was a thick cut grilled pork chop so juicy it made a bit of a mess...but that was a good thing. Flavorful, tender, and quickly devoured, this would satisfy any meat lover.