To the illuminated mind, the whole world burns and sparkles with light. - Emerson

I am continually blown away by the intense beauty of the universe. I am so lucky to live where I do; every moment here is special. There's the quiet of nature, the charm of New England towns, and the best city in the world is just a train ride away.

The reservoir in Redding has always been a favorite spot. There's a rock that you can clamber down to, and while I know it's trespassing I can't help but keep going to sit there and stare out at the water lately. I used to go to the same spot in high school, but I haven't climbed down to that rock in many years. About a month ago I got the urge to go back. It was a totally unexpected thought but totally had to be obeyed. The sun was rising, and I pulled off the road and travelled the familiar route through the trees to my favorite spot. Sitting there, breathing the air, reflecting on my luck to be alive in that moment, feeling the cold rock against my back; I felt a contentedness so powerful it was a physical ache. It's not like the world is perfect or I'm blissfully happy all the time. I was a philosophy major! Of course there's some angst in my soul at all times. ;-) But lately, it's really hard to feel anything but the magic that surrounds me and feel grateful to experience it.

I share with you some of the photos I've taken reservoir-side recently: 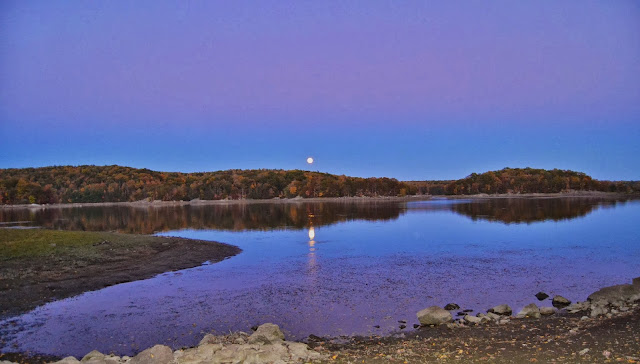 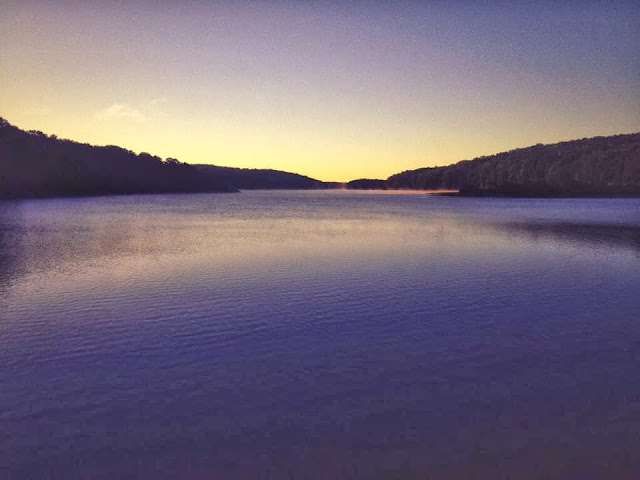 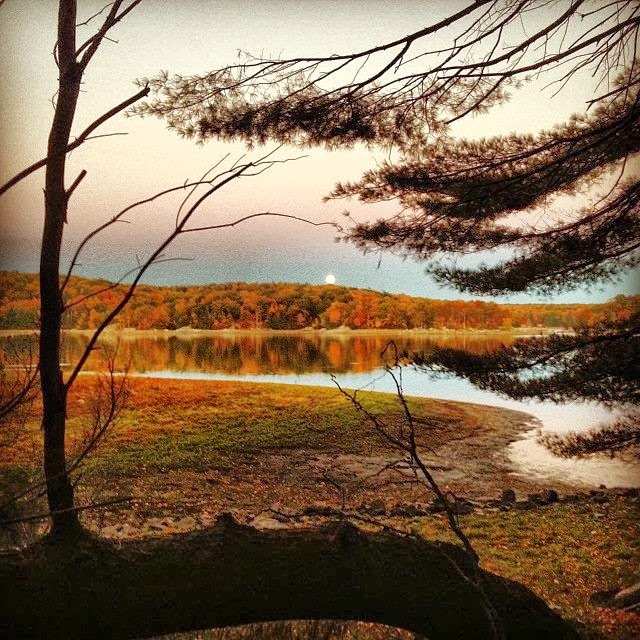 I must also share an excerpt from Thoreau's "Walking":

"I wish to speak a word for nature, for absolute Freedom and Wildness, as contrasted with a freedom and Culture merely civil, — to regard man as an inhabitant, or a part and parcel of Nature, rather than a member of society. I wish to make an extreme statement, if so I may make a emphatic one, for there are enough champions of civilization; the minister, and the school-committee, and every one of you will take care of that.

I have met with but one or two persons in the course of my life who understood the art of Walking, that is, of taking walks, who had a genius, so to speak, for sauntering; which word is beautifully derived "from idle people who roved about the country, in the middle ages, and asked charity, under pretence of going à la sainte terre" — to the holy land, till the children exclaimed, "There goes a sainte-terrer", a saunterer — a holy-lander. They who never go to the holy land in their walks, as they pretend, are indeed mere idlers and vagabonds, but they who do go there are saunterers in the good sense, such as I mean. Some, however, would derive the word from sans terre, without land or a home, which, therefore, in the good sense, will mean, having no particular home, but equally at home everywhere. For this is the secret of successful sauntering.

He who sits still in a house all the time may be the greatest vagrant of all, but the Saunterer, in the good sense, is no more vagrant than the meandering river, which is all the while sedulously seeking the shortest course to the sea. But I prefer the first, which indeed is the most probable derivation. For every walk is a sort of crusade, preached by some Peter the Hermit in us, to go forth and reconquer this holy land from the hands of the Infidels."
at 5:12 PM

This is such a beautiful post. I like your choice of quote, I love your photos - they are breathtaking. Most of all, I am awestruck by your beautiful words - as your mother, I feel a deep sense of happiness as I read those words which express your pleasure in the life you are living and creating for yourself. xoxo forever and always. -M

Very nice. In my youth, I have spent many hours on the reservoir:Fishing, swimming and even taking a raft out there at midnight under the moon. Mr. Hoyt, a warden back in the early 70s took my family on a long walk at the waters edge. He found about 12 arrow heads. I am still looking to find my first one. Ken Edholm

I really want to go there! It looks beautiful. Lovely post.