Amore Cucina in Stamford: You'll Go for the Pizza, but Return for the Rest of the Menu

Connecticut is lucky to be awash in excellent pizza. From greasy late night pizza to wood fired pies with inventive toppings, it's hard to resist eating a slice every day. New on the scene (but not new to the pizza game) is Amore Cucina & Bar in Stamford. Owner Bruno DiFabio is an award-winning "pizza champion," and has recently brought on the talented Jared Falco as chef.

I have eaten an irresponsible amount of pizza in my life, and was quite excited to try DiFabio's pies. There are some really incredible pizzas to be had in the state, with the competition getting steeper with every passing month. At a recent press dinner at Amore Cucina, I had the opportunity to see what the hype is all about.

The evening began with cocktails, which were excellent. Not too fussy, not too basic (no cosmos to be seen on the menu), and each one was bright and strong. Usually it's one cocktail and then a switch to beer for me, but I stuck with the hard stuff all night. Too good to resist!

The pizzas arrived, and DiFabio shared some details about his creations. There are two styles to be had, a very thick and airy crust, and a wood fired style which he calls "Neo-Neopolitain." I was interested to hear that he uses only wild yeast gathered by hand, as opposed to commercial yeast. Those are the little touches that I love. 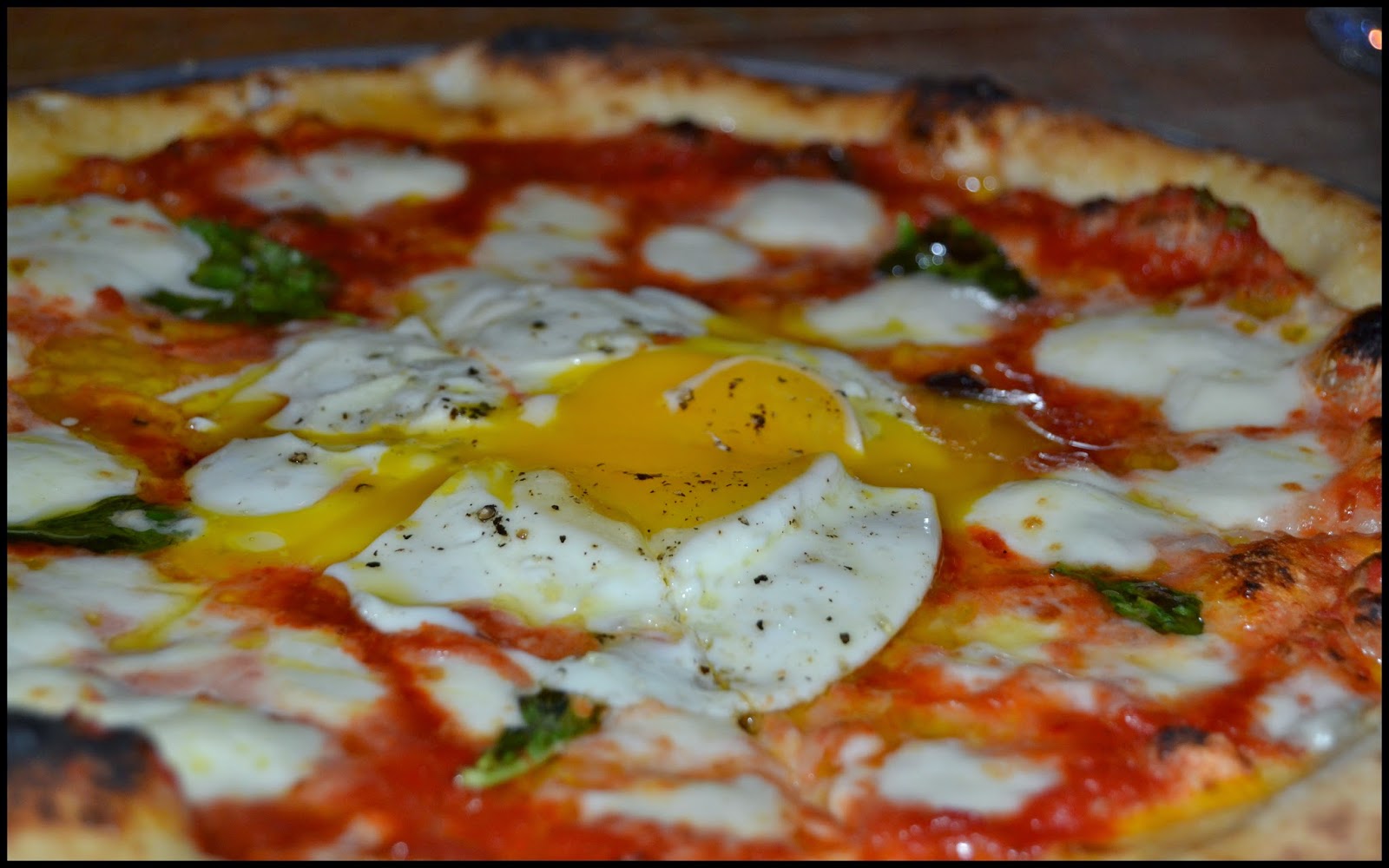 The pies were good, but not remarkable. Perhaps a few years ago I'd have been more impressed, but there are just so many talented pizzaiolos in the area and it takes a lot to blow me away. This is not to say that this isn't good pizza, it's just not memorable. It reminded me of pizza I've had at Rizzuto's, Brick + Wood, or 850 Degrees.

Interestingly, though Amore Cucina pushes their pizza, I thought it was Chef Falco's dishes that really wowed. I've experienced his food at two other venues in South Norwalk, Mama's Boy and Washington Prime, and during my meal at Amore Cucina he delivered the same quality I've come to expect from previous encounters with his cooking (happily, there was no "foie gras powder" to be seen; it was such a ubiquitous element on Washington Prime's appetizers I couldn't help but wonder).

We were treated to quite the spread of small plates, and there were several standouts. First, tuna crudo with pumpkin seeds, Calabrian peppers, and pickled onions. I loved it. Sweet and tender tuna with a tiny kick of pepper and the crunch of seeds; I had to resist taking more than my fair share.

The octopus puttanesca was fabulous; the best I've ever had. Tender, smoky, salty, addictive. If you're freaked out by tentacles, get over it and order this dish.

Two heavier appetizers were both big hits at the table; meatballs and fried lasagna. I liked the meatballs, and my friend/photographer loved them. The lasagna was exactly what it sounds like: chunks of lasagna, breaded and fried. Could that possibly be bad? The answer is no.

The larger plates were a mixed bag. I loved the spicy chicken scarpariello, and even though I was full to bursting, I took two helpings. The prawns with polenta, however, were a disappointment. Visually impressive, but unexciting. 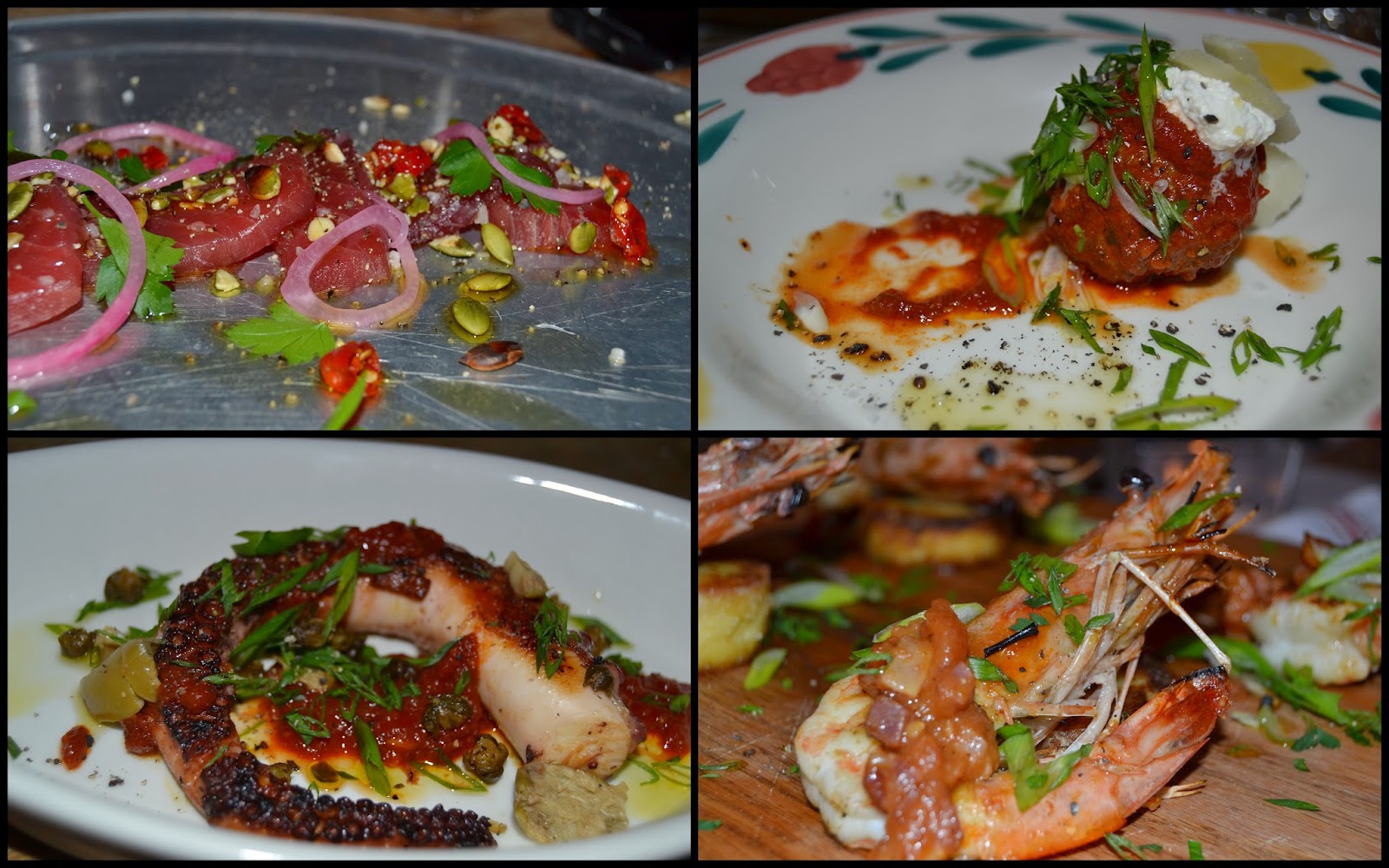 I don't know how, but I found the space for dessert! First, pizzele (essentially a belgian waffle) with fresh fruit. It's crisp on the outside, chewy on the inside, and totally delicious. The nutella pizza would be a good choice for kids, I think. 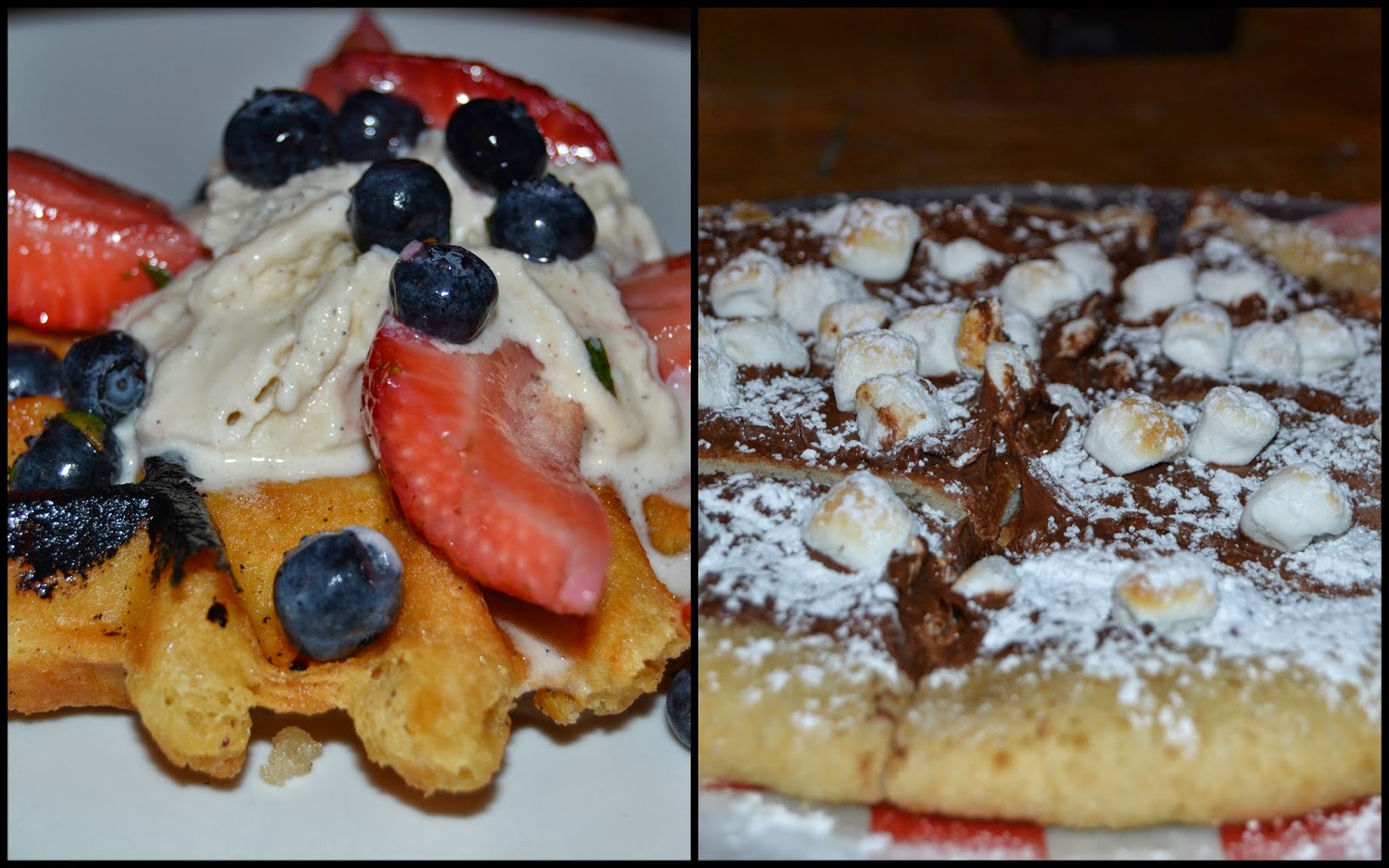 Conclusion: I will be back. I want to sit at the bar, order some of those fabulous cocktails, and feast on appetizers.. The fact that the pizza isn't the star here is irrelevant - there are plenty of places where I can satisfy that craving, but nowhere I've found where I can get such delicious octopus.

All photos by Jason Varga