The 4th Annual Greenwich Wine + Food Festival: Culinary Adventures for a Cause

An exciting combination of celebrity chefs, top mixologists, and incredible food from the region's best restaurants drew a crowd of over 4,700 people to the 4th Annual Greenwich Wine + Food Festival last weekend. All proceeds from the weekend's event, presented by Serendipity, support Paul Newman’s The Hole in the Wall Gang Camp, an organization that offers “a different kind of healing” to children and their families coping with serious illnesses like cancer or sickle cell anemia. 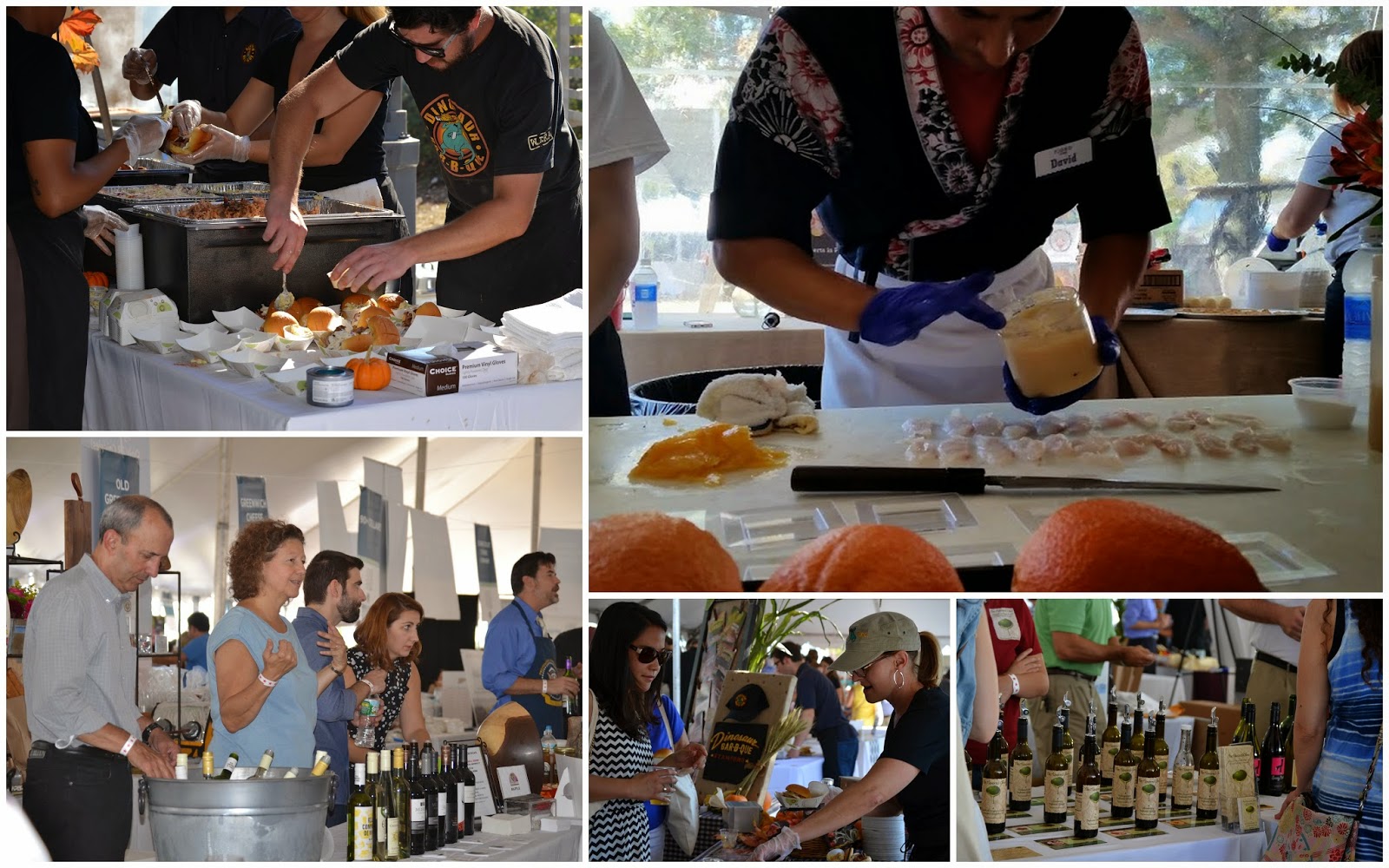 Last year's festival was a truly incredible experience, by far my favorite "foodie" event of the year, and I had been looking forward to this year's almost from the moment last year's ended. This year did not disappoint. The Culinary Village, a tented smorgasbord of over 150 opportunities to taste the offerings of top restaurants in the area, was packed with an enthusiastic crowd of appreciative eaters, wine glasses in hand (there are plenty of wine, liquor, and beer representatives mixed in with the restaurateurs). Saturday was a day of indulgence and excitement, and the positive energy was palpable. 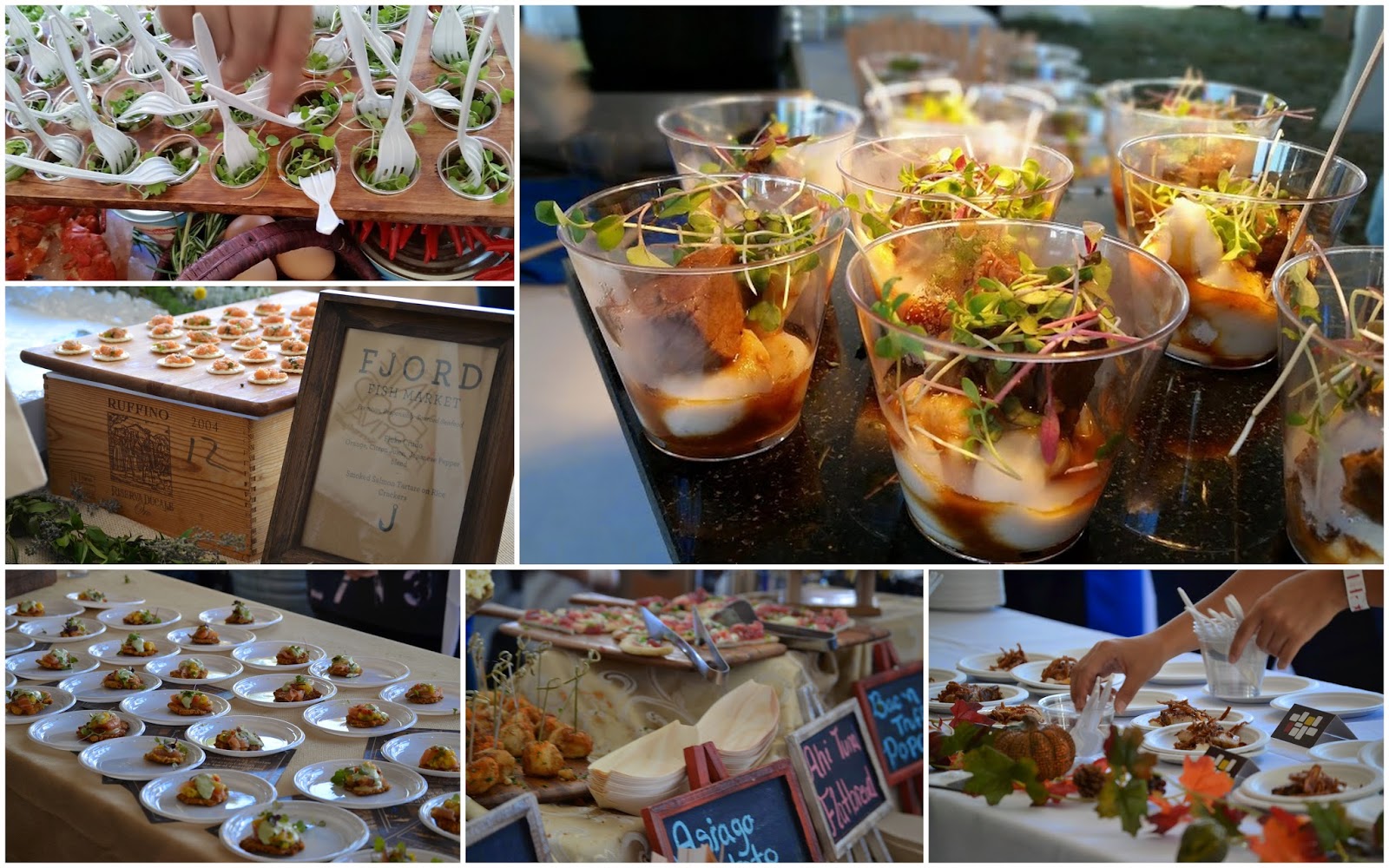 It would be difficult to imagine a more perfect day, as visitors lounged by the water in Roger Sherman Baldwin park and basked in the unseasonably warm and sunny day.

CTBites hosted their blogger tent again the year, with an impressive lineup of celebrity chef and mixologists sharing their stories with moderator Matt Storch, owner and chef at Match in South Norwalk. Featured speakers included Adam Richman of Man vs. Food, Chopped's Aaron Sanchez (who has recently opened a new restaurant, Paloma, in Stamford), and Bill Taibe, the man behind Westport hotspots Le Farm and The Whelk. 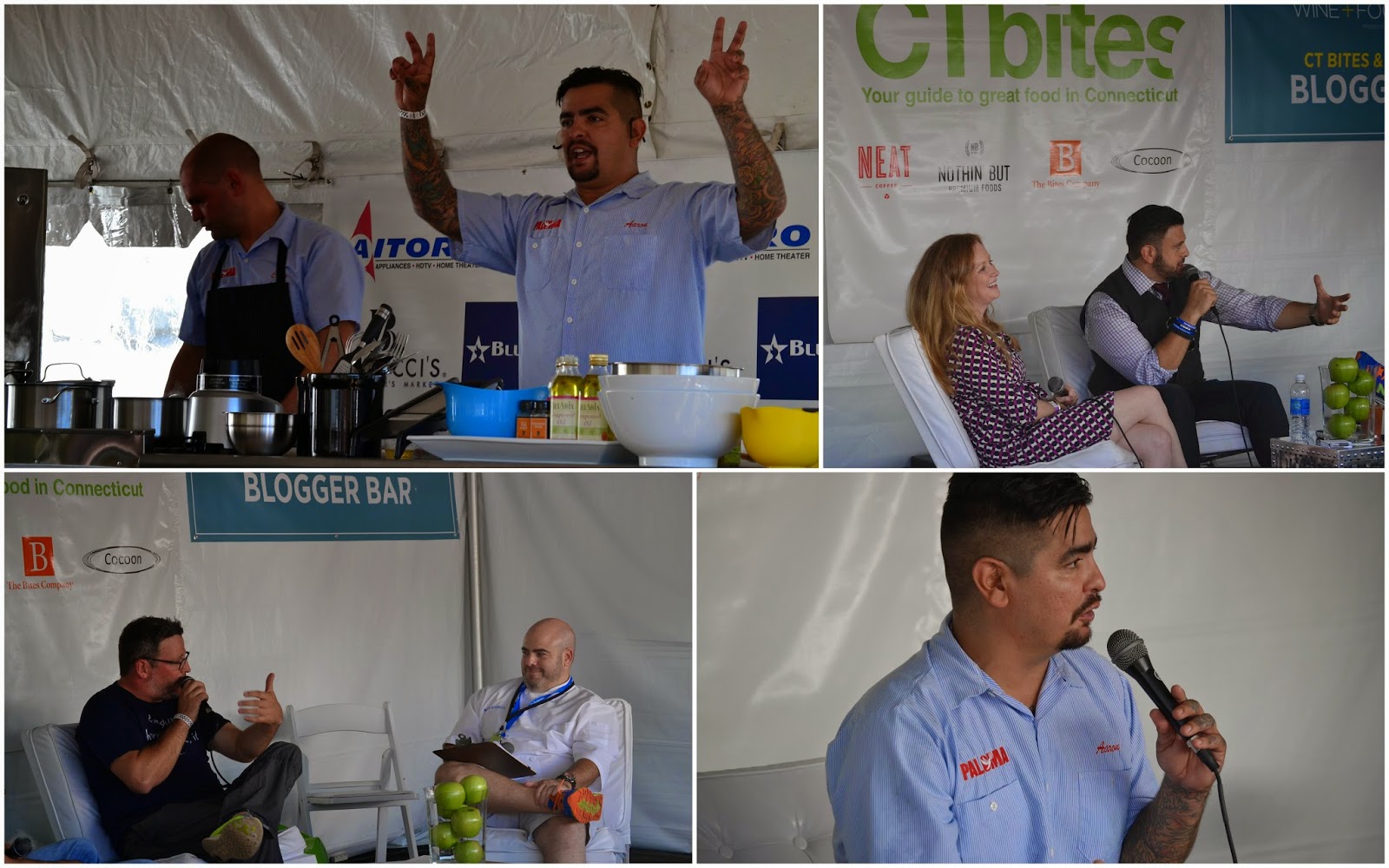 A mixology competition featuring talent from local hotspots Walrus + Carpenter, Napa & Co., Valencia Luncheria, Paloma, and Match was a stiff one, with Adam Patrick of Match in South Norwalk earning the win with his creation "Farewell, My Lovely" (I've tried it, and I have to agree that it's remarkably delicious). 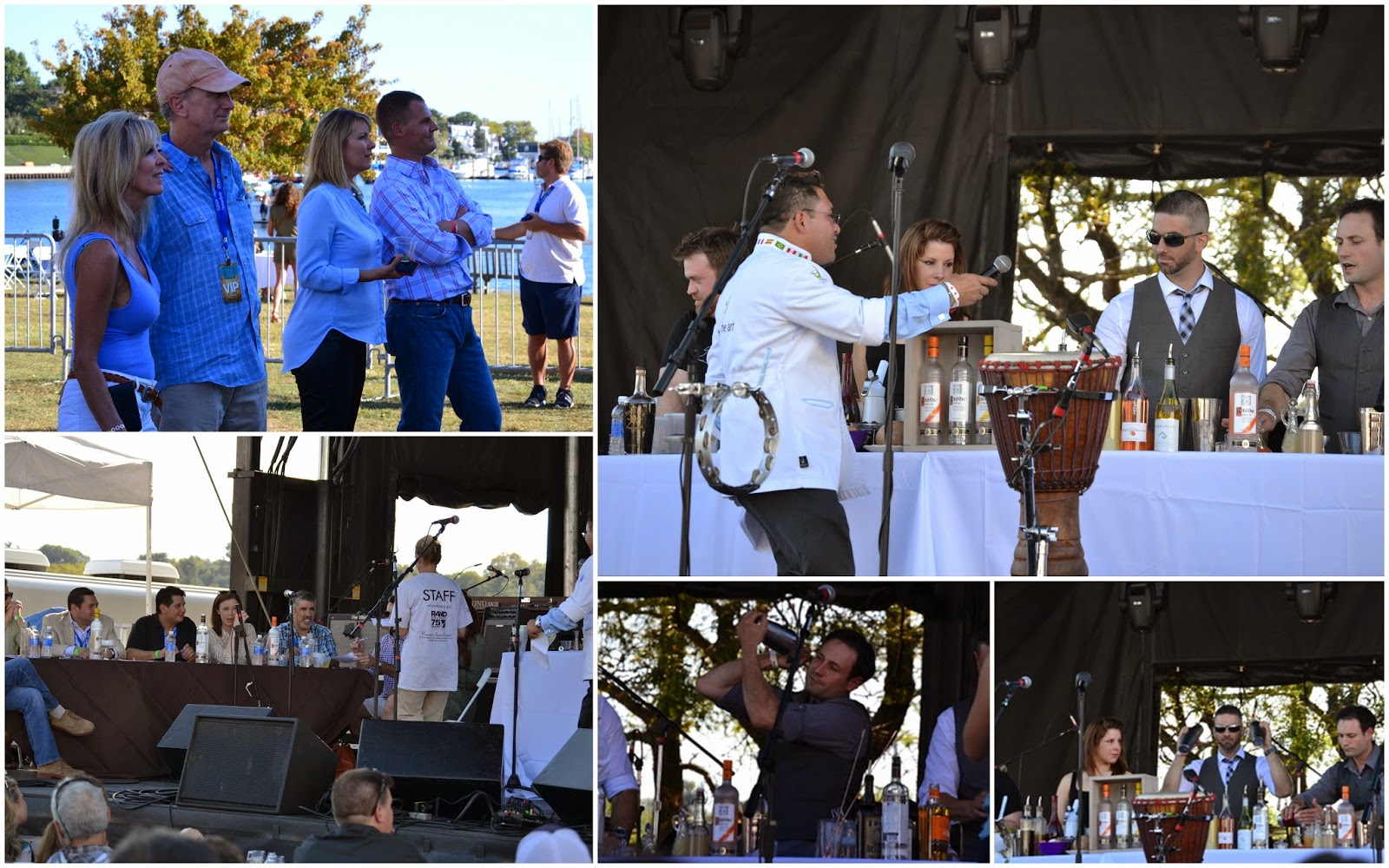 At 4 o'clock, two large tents (dubbed "The Watering Hole" full of beer and liquor vendor began to fill up, and the anticipation grew for the beginning of the BBQ and Burger Battle. At this point, I was too full to reasonably consume another morsel, but of course that did not stop me. There was a competition underway, and I had to form my own opinion! My favorite burger was from Dan Rooney's,  guinness sauced and placed on a pretzel bun, but last year's winner, Plan B Burger Bar, reigned supreme.

As darkness fell, the focus shifted from food to music, with performances by The Bacon Brothers and Alabama. It's an impressive feat to make it through the whole day and stay for the entirety of the music, one that I'll admit I have yet to achieve. Maybe next year. I'm already excited. If you live anywhere near Greenwich and have taste buds, The Greenwich Wine + Food fest is a must-attend event!
at 6:29 PM

We flew home to book Boston restaurants in June last year. Absolutely loved it here and I'll be certainly waiting to go back there for more events.